Boxers and MMA fighters taking the lead in CBD advocacy 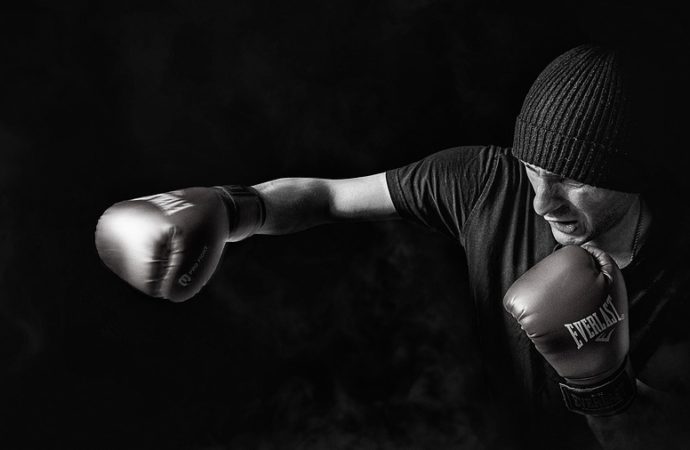 Athletes in a wide variety of sports are touting the benefits of CBD but boxers and MMA artists are taking the lead in advocating its use by professional athletes.

Many athletes are discovering the wonders of cannabidiol (CBD) and some have their own product lines and even their own companies. But as you may have noticed, though football players were early advocates for CBD, you mainly hear from the retired NFL pros. That is because the NFL still will not accept CBD of any kind. However, the World Anti-Doping Agency removed CBD from its banned substances list and now professional boxers and mixed martial arts (MMA) fighters are taking the lead in advocating for CBD without having to wait till retirement.

NFL players depend on CBD

Search Google for “nfl player cbd” and you will find numerous retired professionals from the National Football League who advocate for CBD. As one of the sports that leads to some of the worst injuries sustained by players on a regular basis, football definitely needs CBD. But the NFL is locked in a mentality from the past that leads them to refuse CBD even without traces of THC. Of course, NFL players are also advocating for medical marijuana and one has to wonder how much longer players must suffer and be forced to take NSAIDS and opioids to survive the pain they experience on a daily basis.

But that has not stopped retired players from advocating for and even joining the CBD industry. Former Miami Dolphins lineman Larry Chester is one retired player who says that “CBD Saved My Life.” After years of chronic pain, he found relief through CBD in various forms. Hall of Famer Lawrence Taylor took it a step further and launched his own product line, LT Pain Master CBD, in partnership with Diamond CBD. Known as “The Pain Master,” his somewhat ironic brand is an example of what more and more NFL players are doing in the CBD industry.

While the NFL is lagging behind, in 2017 the World Anti-Doping Agency (WADA) took the lead by removing CBD from its banned substances list. That decision went into effect in early 2018 and now many boxers and MMA fighters are becoming involved with the CBD industry.

While boxers may be increasing visibility, much credit is given to UFC fighter Nate Diaz who vaped CBD at a press conference in 2016. Though he was publicly warned by the U.S. Anti-Doping Agency for that action, he was not otherwise disciplined and his efforts helped inspire the WADA’s change in policy. Now MMA media regularly covers CBD and such fighters as Bas Rutten who has also become an advocate.

But the highest visibility may soon come from the world of boxing where the WADA’s decision has led to an openness towards CBD. That openness was exemplified by Floyd Mayweather’s bodyguards who are now CBD advocates and entrepreneurs. Of course, many boxers are now involved in the industry, such as Teofimo Lopez and Shannon Briggs.

Briggs was suspended after a comeback for excess testosterone but says his comeback would have been impossible without CBD. Though a controversial figure, Briggs went on to found a CBD company of his own. Unfortunately, the domain is now up for sale and there is no current news on what happened. But, for a brief moment, Briggs was one of the best known boxers associated with CBD.

Now other active boxers are stepping up and some are even being sponsored by CBD companies. Diamond CBD is increasingly visible in the ring due to sponsorships of such fighters as Blair “The Flair” Cobbs. Cobbs recently took the Junior NABF Welterweight title in a match with Ferdinand Kerobyan while sporting the Diamond CBD logo.

Other boxers sponsored by Diamond CBD include Denver “The Excitement” Cuello who beat Jack Amissa for the Asia Boxing Federation bantamweight title. And Jessie “El Peligroso” Magdaleno who won a recent bout with Rico Ramos. With a track record for picking great fighters, Diamond CBD CEO Kevin Hagen stated, “These athletes, like the Diamond CBD brand, stand head and shoulders above the competition and represent the best of what the sport has to offer.”

Not just for the pros

While it may be a long time before we see a CBD Super Bowl ad, more and more fighters will be entering the ring and the octagon with the sponsorship of companies like Diamond CBD. But weekend warriors do not have to wait for their favorite sports organizations to catch the CBD Cluetrain. If you are trying to stay in shape on the weekends, you probably have some unique aches and pains of your own to care for. And, just like the pros, you too can turn to CBD to see how it might help you.