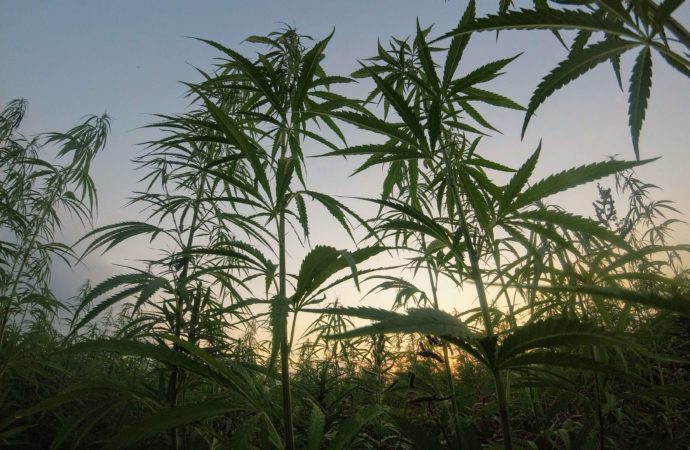 International cannabis companies chose Uganda as their preferred location for marijuana production in a push to stay ahead of the growing multi-billion dollar industry. Uganda, which is one of the poorest countries in the world, is cooperating with investors and the legal framework are being tailored by the government to give way to rich industrial nations.

The exploitation of the African continent for the benefit of non-Africans does not stop at the raw material hemp. A number of international cannabis companies have chosen Uganda as their preferred location for marijuana production to stay ahead of the growing multi-billion dollar business and make optimal profits from the cultivation of common herb.

The authoritarian landlocked state in East Africa has around 35 million inhabitants. It is one of the poorest countries in the world. Unfortunately, it is also a paradise for international corporations that are not so keen on environmental protection, labor rights, and social responsibility. The situation is basically the same as in colonial times. 82% of the population has to make ends meet with an income of less than $1 per day. Every domestic cat, hamster, and budgie in Germany’s centrally heated stone huts, on the other hand, leads a life of luxury.

The Ugandan government is cooperative with investors from the rich industrial nations. The legal framework conditions for the respective enterprises are gladly tailored by the responsible government agencies and authorities. The fact that criminals in tie and collar have an easy game in Uganda is proven by the corruption perception index. It lists the Republic between Lake Albert and Lake Victoria on rank 151 of 180 places.

In Uganda, no unusual wish remains unfulfilled when it comes to profit. It is not uncommon for investors to fulfill their wishes themselves, i.e. without the consent of the administration. How this works was demonstrated by the Israeli cannabis company Together Pharma Ltd. It imported its first marijuana harvest into Uganda in June, even though the government had stopped licensing the cultivation.

Other companies are also rushing ahead and growing hemp for medical purposes. The Ministry of Health, together with “Industrial Globus Uganda Ltd.” is to regulate and control the business. It currently has up to 90 applications for industrial hemp cultivation. The trading company does not cooperate surprisingly with “Together Pharma Ltd” from Israel. The government’s reluctance to grant licenses to the applicants indicates that those who have to decide are not yet tired of haggling.

Although the cannabis cake has long since been distributed in Uganda, the responsible professional politicians and their officials are still speculating on an extra-large slice of cream. A team of experts from the European Union has now put butter on the fish. At the end of July, they went on a week-long inspection trip to Uganda to see whether everything is going according to plan and whether the product is suitable. And everything was good to go.

Dutch experts of the independent certification body “Control Union Certifications” were sent to Uganda by the EU. They were enthusiastic about the production chain and approved the export of medical cannabis to the EU. The certificate of conformity for “Industrial Globus Uganda Ltd.” is valid until August 5, 2020. At the same time, the license to earn money will be valid as well. It can hardly be assumed that the suffering part of the population will participate if greedy stock corporations take possession of hemp instead of cooperatives.

First published in Hanf Journal, a third-party contributor translated and adapted the article from the original. In case of discrepancy, the original will prevail.

Although we made reasonable efforts to provide accurate translations, some parts may be incorrect. CBDNews Live assumes no responsibility for errors, omissions or ambiguities in the translations provided on this website. Any person or entity relying on translated content does so at their own risk. Hemp.im is not responsible for losses caused by such reliance on the accuracy or reliability of translated information. If you wish to report an error or inaccuracy in the translation, we encourage you to contact us