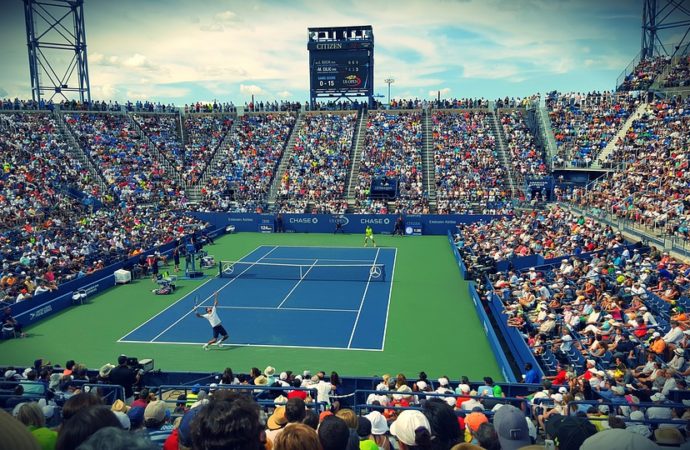 CBD continues to be endorsed by higher-profile athletes, including Rob Gronkowski and Mike Tyson. Meanwhile, tennis star John Isner joins the fray. This is an important development for the CBD industry’s expansion to a highly visible and active athlete in a non-impact sport. Football players, boxers and MMA fighters are now well-established CBD advocates.

Athletes in high-impact sports such as football and boxing continue to lead the way in advocating for and popularizing cannabidiol (CBD). High-profile athletes like Mike Tyson, once the greatest boxer in the world, are now promoting products containing CBD. So is Rob Gronkowski, the retired NBA superstar.

Now John Isner, the leading U.S. tennis player, is endorsing a CBD product and is able to do so because of the World Anti-Doping League’s decriminalization of CBD. This development is important; CBD is expanding to a highly visible and active athlete in a non-impact sport.

Football players, boxers and mixed martial arts (MMA) fighters are now well-established advocates for CBD. They were the first to publicly embrace CBD due to the high level of injuries in their sports and the powerful effects it has when it comes to pain management. Given that the NFL is not budging on CBD, football players involved in the CBD industry are all retired.

However, the World Anti-Doping Agency’s decision to remove CBD from its list of banned substances opened the way for active boxers and MMA fighters to remain in the game while using and promoting CBD. And CBD, the healing properties of which are now well-established, is likely to keep them in the game longer.

The drink is initially going to be available in convenience stores in Los Angeles. It is being released by Mike Tyson’s affiliated cannabis company Tyson Ranch. DWiiNK is the first CBD product available from Tyson Ranch and seems likely to be a big success. After a history of huge ups and significant downs, Tyson appears to be finding a positive lane in the cannabis industry. He is likely to be a strong force for CBD in the future.

Rob Gronkowski, a retired NFL tight end for the Patriots, is advocating for CBD as a recovery aid and also pushing to get it accepted by major U.S. sports leagues, most of which still ban the use of CBD as well as medical marijuana. Gronkowski says CBD has been incredibly useful in relieving his pain from injuries received during his football career.

Beyond simple advocacy, Gronkowski has become a spokesperson for CBDMEDIC products. These are now available at CVS pharmacies, though he has yet to release a Gronkowski-branded product. That prospect seems likely on down the road. Gronkowski is also teasing a possible return to football. In a major Catch 22, his return would be enabled by CBD but he would not be able to use CBD if he again played in the NFL. So, encouraging the NFL to accept CBD is a big part of his current program. Of course, acceptance by major league sports would also improve the business prospects of CBDMEDIC as well as those of Gronkowski himself.

John Isner, a world-class professional tennis player, is also the first tennis player to be sponsored by a CBD company. Defy, a hemp-derived CBD beverage company, is sponsoring the athlete who will “wear a Defy patch on his cap” and will use the drink “during changeovers at matches.” This sponsorship will give CBD visibility at major sports events and on live television on the playing field itself rather than in the margins.

Since both the World Anti-Doping Agency and the U.S. Anti-Doping Agency essentially accepted CBD, Isner can continue his high visibility career while using and promoting CBD products. This endorsement will be a big boost for CBD; Isner can become a poster boy for aging athletes remaining in pro sports. Assuming he continues to win a reasonable amount of major victories, his use of CBD will receive part of the credit.

The involvement of Mike Tyson, Rob Gronkowski and John Isner in the CBD industry is a huge step forward for the growing love affair between high-profile athletes and CBD. CBD’s role in recovery, healing and pain management makes it an ideal substance for use in sports products.

Though athletes from sports that regularly lead to serious injuries understandably took the lead, increasing numbers of athletes who require high-performance standards at all times will be embracing CBD as a normal part of their training and recovery regimens. And where the pro athletes go, the amateurs and enthusiasts will follow.