Dispelling any misunderstandings about CBD 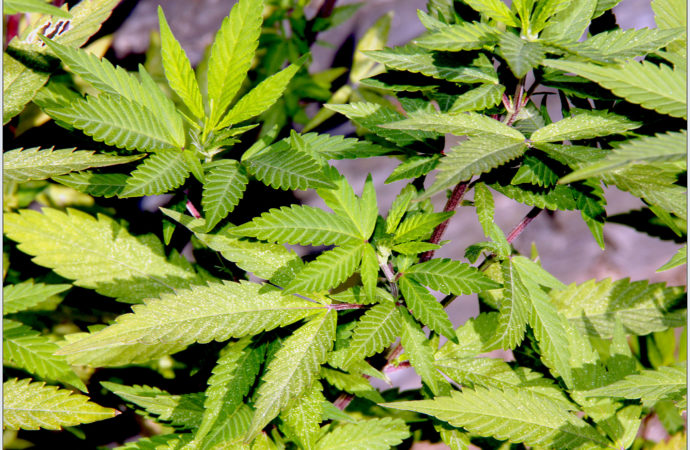 While CBD has gained major attention, there are still many misconceptions regarding its properties and use.

The spectacular rise of CBD has been induced by increasing studies on the unique compound found in both cannabis and hemp. It possesses various medicinal benefits and has been used by people suffering from anxiety, depression, as well as serving as a safe and non-addictive alternative to dangerous prescription medicines such as opioids.

Though cannabis is still illegal at the federal level, several states have loosened regulations on cannabis to allow for medicinal or recreational use. CBD can be found at distributors like PotNetwork Holdings, Inc. (OTCMKTS:POTN), which utilized hemp-derived CBD oil in its product lineup that features popular items like gummy edibles, tinctures and vapes.

The company utilizes supercritical CO2 extraction to procure quality CBD following a purification process to eliminate any impurities in its oil. Its CBD products have become a popular supplement and source of pain relief and good well-being for many who endorse the cannabinoid’s medicinal properties.

CBD was also used to develop Epidiolex, the first FDA-approved cannabis medicine that was recently rescheduled by the DEA. Cannabis remains a schedule 1 substance, and this was the very first time CBD was rescheduled on the stipulation that they are FDA-approved CBD drugs containing less than 0.1 percent THC.

Some still harbor negative images of stoners and drug users when the topic of cannabis comes up, but this couldn’t be further from the truth. With researchers continually revealing CBD’s medicinal efficacy, it is important to understand what it truly does to help dispel any myths or misunderstandings.

Clearing up the confusion

CBD contains various elements that help it shine, such as having anti-inflammatory, antimicrobial, and antioxidant properties. These make it a very capable element that directly stimulates the endocannabinoid system, which is critical for basic well-being and a strong immune system to combat diseases and illnesses.

It is important to understand that CBD operates more as a source of treatment for a variety of symptoms and conditions. Claiming CBD as a cure for any specific condition would be inaccurate, as although it has been shown to be effective in treating serious diseases such as epilepsy, it doesn’t operate as an all effective cure.

People often mistake cannabis, CBD and THC. Cannabis discussion involves Indica, Sativa, as well as hybrids. Indica is generally known for its sedative and relaxing properties that make it an ideal nightcap, while Sativa promotes stimulating effects which can increase productivity and functionality at events, for example.

It is important to note that it is the particular components that are included in the cannabis medium that will ultimately determine the final effects and reactions.

Both Indica and Sativa can have THC, but Sativa can have low amounts. For example, Cannabis Sativa L, which is industrial hemp, contains 0.3 percent or less of THC, which has made it popular for CBD products to avoid producing any psychoactive effects. Industrial hemp is also part of the 2018 Farm Bill that will completely legalize it and open the floodgates for mass CBD distribution.

Another distinction to note is that CBD is not medicinal marijuana, as that is acquired through cannabis flowers while CBD, as aforementioned, is typically extracted from industrial hemp that possesses minimal amounts of THC. Medical marijuana also complies with several restrictions and guideline to ensure tight regulation, while CBD isn’t subjected to such rigorous standards.

The relationship between CBD and THC 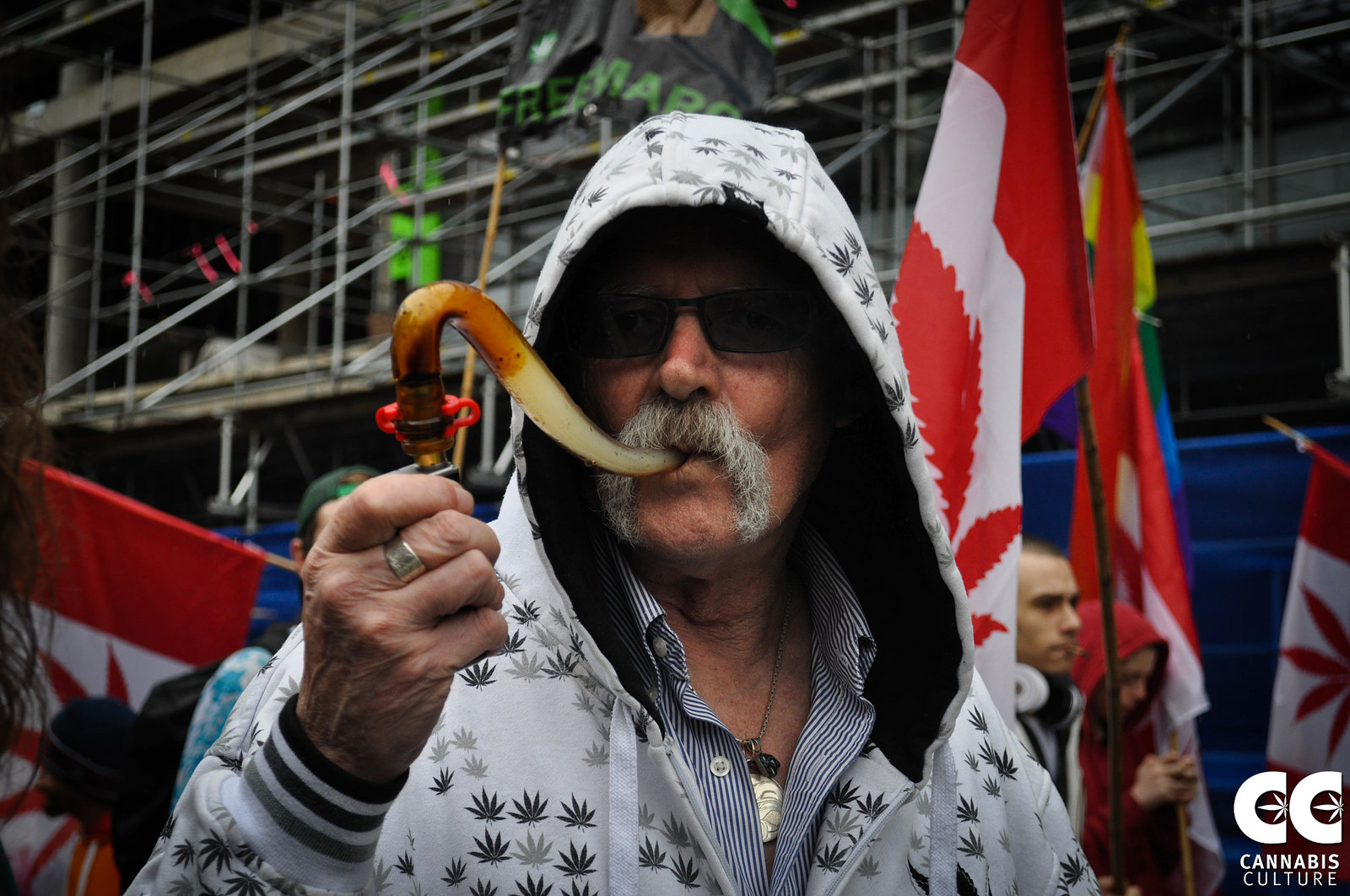 Misconceptions have led to THC being reviled as a merely addictive substance. (Photo by Cannabis Culture via Flickr. CC BY 2.0)

CBD and THC operate in different ways, as opposed to the common belief that they both directly attach to cannabinoid receptors located throughout the body’s endocannabinoid system. While THC does indeed stimulate increased cannabinoid activity through these receptors for physiological well-being, CBD actually operates in the opposite manner to tone down the effects of THC.

By preventing the dissolving of anandamide, the most populous cannabinoid naturally created by the body, CBD can still promote a healthy amount of endocannabinoids to help the body maintain optimum health and resistance to external threats.

Another issue to address is THC’s relative vilification while CBD is widely promoted as a highly capable source of medicinal benefits. As CBD doesn’t induce the high that THC does, many have misinterpreted this to mean that is a sound alternative to the addictive substance that marijuana can be.

This is simply not true, as THC prompts many unique health benefits on its own, such as promoting the inhibition of an enzyme that is thought to be responsible for the development of dementia in diseases like Alzheimer’s. THC is also used in federally approved medication such as Marinol and Sativex.

However, the combination of CBD and THC are much more effective as opposed to one or the other. CBD provides many properties that can balance out the effects of THC to reduce any unwanted sensations. CBD also helps cover for some of THC’s negative effects such as affecting memory, with CBD promoting neuroprotective properties to prevent damage resulting from use.

Combining the hundreds of cannabinoids found in cannabis plants induces what is called the entourage effect, which refers to the synergistic effect that results when different cannabinoids, terpenes, and flavonoids are introduced into the same space. These unique elements can help provide different therapeutic effects depending on needs and are part of why whole plant use is so much more effective than a single cannabinoid.

While cannabis remains a federally illegal drug, CBD remains classified in the same manner. However, events have shown promise in its rescheduling such as the landmark approval of Epidiolex, the CBD medication for reducing seizures in epilepsy patients. This also led the DEA to reschedule CBD-derived medicines that contained 0.1 percent THC or less and were approved by the FDA as schedule 5 substances with medicinal benefits and low risks.

The 2018 Farm Bill is currently being finalized and will completely legalize industrial hemp, which would also allow for legalized CBD use. A thorough understanding of CBD is even more critical if it were to be completely legalized, and prospective consumers should understand the unique dynamics between CBD and THC, with whole plant medicines having a massive edge over CBD isolates as the many cannabinoids, terpenes, and flavonoids all come into play to maximize the medicinal properties that are achieved.