The effect of cannabidiol on dogs 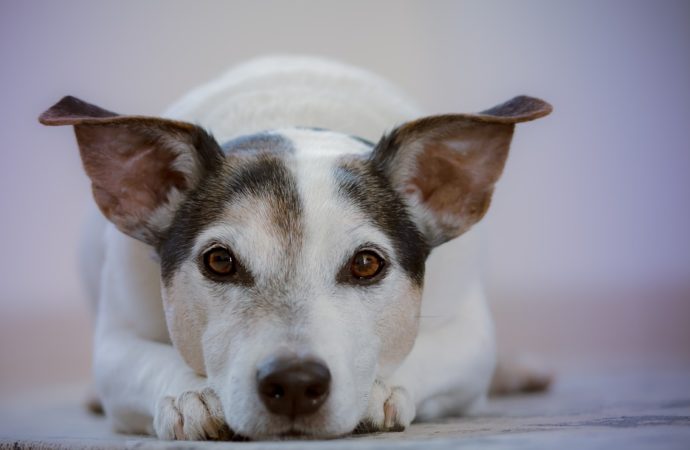 Cannabidiol (CBD) is believed to be effective not only for humans but also for their pet companions. Dogs are the second target group to benefit from the health benefits of CBD, the non-intoxicating drug in cannabis. Humans use CBD for symptoms and illnesses of all kinds and severity, as well as for relaxation purposes, and some studies show CBD work in the same way for in dogs.

After humans, dogs were the second target group to benefit from the health-promoting properties of cannabidiol (CBD), the non-psychoactive ingredient in cannabis. We use CBD for symptoms and diseases of all kinds and degrees of severity, and we also use it as a wellness product for relaxation. Because we care so much about our four-legged friends, we also want to give them the benefits of CBD. But does CBD work the same for humans and dogs? Does cannabidiol have the same effects in dogs, or are there differences?

First of all, it should be noted that there is even less scientifically-based information on cannabidiol and its effects on dogs than there is in humans. But what is known about it so far is basically quite promising. There are two major fields of application for cannabidiol in dogs so far.

The calming effect of cannabis is often used to relax nervous and anxious animals. The other very common use for cannabidiol in dogs is to treat osteoarthritis. Both these issues are also among the reasons why they use CBD in humans. So there are fundamental parallels that can be reasons to believe cannabidiol can provide health benefits to dogs.

Cannabidiol for dogs of advanced age

Older dogs are very susceptible to the effects of CBD and the applications often focus on increasing agility and improving the overall quality of life in old age. Many of the older animals regain their appetite, appear more active and lively.

One of the reasons for this is that it can relieve joint pain, which makes dogs’ movements uncomfortable in old age. For a dog, this agility and freedom of movement are important for its quality of life. Unlike a human being, it has little to do with sitting in front of a screen and passing the time with passive distractions.

Scientific studies on cannabidiol and dogs

The possible uses of cannabidiol in dogs are said to be very diverse. Seizure disorders, nausea, stress and anxiety, pain in the joints and spine and also a number of inflammatory diseases could be treated with the cannabinoid.

Study results are already available, for example, in the field of arthrosis. These are, comparable to the results of studies on humans, quite positive. In general, inflammatory diseases are practically predestined to be treated with CBD. But epilepsy is also an important topic in CBD research in general.

In a study by Colorado State University, CBD was also tested in dogs suffering from the seizure disorder. The symptoms were reduced in well over 80 percent of the animals. Cornell University also published a study. Here the relief of pain and the increase in agility in dogs with osteoarthritis were observed. CBD is also very helpful for dogs with joint pain.

However, targeted and effective treatment is only possible with extensive knowledge. In this respect, it can be assumed that in the coming years the CBD products for dogs, will improve in their quality.

This article was translated and adapted from the original, which was previously published in Hanf Magazin. In case of a discrepancy, the original will prevail.