The future of the CBD industry is in edibles, beverages and banking 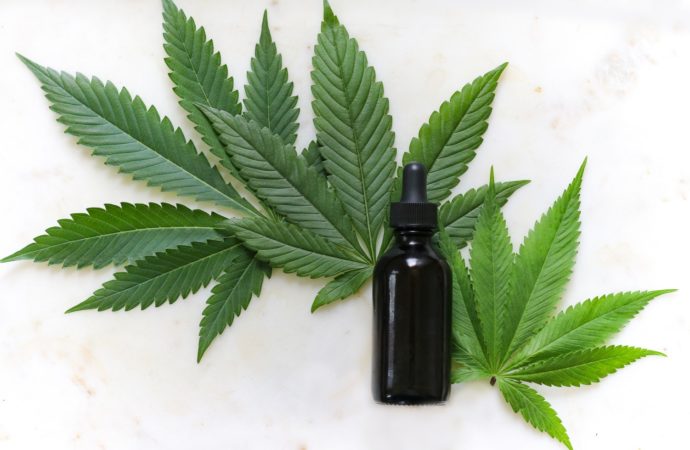 What can businesses and consumers look forward to after the breakthrough developments in the cannabis market last year?

2018 was a milestone year for the legalization of cannabis. Canada became the first large economy to legalized recreational marijuana nationwide. It is also expected to legalize cannabis edibles in October this year while medical cannabis has always been legal since 2001. Meanwhile, the United States surprised the world when it legalized hemp at a federal level, on top of different states legalizing cannabis one way or another.

Currently, there are at least 50 countries where cannabis is legal to some extent and more governments are expected to follow suit. The World Health Organization had in fact called for the whole plant marijuana to be removed from Schedule IV, the most restrictive category of a drug convention signed by countries in 1961.

The events of last year only show that legalization will allow the cannabis industry to break more milestones in the years to come. The expanding marijuana market is truly where the next big opportunities for investors are.

Where is the legal marijuana heading to?

Cannabis will be embraced all over the world, so much that the establishment of “legal cannabis social clubs” is not that far off. This is according to a new report from BDS Analytics which produces the leading cannabis industry market trends reports, analyses, and cannabis consumer research. The report looked into future trends within the marijuana market.

Those social clubs will have members enjoying cannabis in small or large groups in lifestyle hubs that might sprout in Las Vegas, San Francisco, and Denver/Boulder. Other states will soon take after these locations. According to the report, 71 percent of cannabis users at present prefer consumption for social and recreational purposes while 41 percent save cannabis for date nights or daytime fun with friends.

With cannabis consumption shaping up to become more of recreational and lifestyle choice, the report also projects that cannabidiol (CBD) will mature as an industry of its own. Since CBD is not psychoactive, it is at the very core of the legalized hemp industry; governments are starting to allow the use of the compound.

CBD a maturing industry on its own

CBD has already been infused in many products such as food and beverage, health products, cosmetics, pet products, skin cream, and other pharmaceuticals. CBD, separate from the entire legal marijuana market, is projected to be worth more than $20 billion in the U.S. by 2024. Another projection from Cowen analysts pegs it to be around $16 billion by 2025.

“We’re witnessing CBD maturing from a cannabis sub-category into a full-blown industry of its own,” said Roy Bingham, Co-Founder, and CEO of BDS Analytics.

With this, CBD products are anticipated to be available across major retailers not just in the U.S. but across the world as well. Placing products in retailers have actually been the direction undertaken by companies that have arrested the CBD market early on.

One of them is PotNetwork Holdings, Inc. (OTCMKTS:POTN) with products from one of its premier subsidiaries, Diamond CBD. Diamond CBD is one of the leading makers of CBD oils, tinctures, and edibles. Its products will soon be available in shopping malls in the U.S. via retail kiosks, carts, and mall stalls. In its initial phase, the company plans to distribute products in retail locations in South Florida this year while it plans to penetrate other major metro markets in 2020.

In addition to this, Diamond CBD has already partnered with CloudPlay for the development of a stand-alone retail vending to sell Diamond CBD products. A prototype of this vending machine was presented at the Consumer Electronics Show 2019.

“CBD sales have exploded in the past several months, but there’s still a long way to go when it comes to the consumer, retailer, and manufacturer knowledge,” said Jessica Lukas, Vice President of Consumers Insights at BDS Analytics said.

This could mean that when it comes to consumption, the bigger chunk of the market prefer not being “high” and instead just wanted some level of relaxation or some level of an energy boost.

The cannabis edibles market in the U.S. and Canada is expected to reach $4.1 billion by 2022. That estimate might change and increase, thanks to more and more big enterprises getting into CBD. This month, Mondelez said it is considering having CBD-infused snacks into its brands.

Mondelez is the maker of Oreo, Chips Ahoy, Cadbury chocolate, Nilla Wafers, and Nutter Butter cookies. Although the company clarified that there will not be CBD-infused Oreo cookies because it is more targeted toward kids, consumers are excited about the possibility with Cadbury. CBD-infused chocolates have always been a big hit in the market.

Other big names entering the market are Walmart and Target which, according to reports, have already been in negotiation with companies offering gummy bears and CBD-infused drinks.

While there has been this obvious excitement about cannabis edibles, some hesitation over the complexities in the laws at the federal level remain.

When the government passed the 2018 Farm Bill, it also gave government agencies the rights to implement its regulations even in states where marijuana has always been legal before December 2018. For one, when Farm Bill was implemented, it also gave the Food and Drug Administration board the authority over cannabis-infused food and drinks. The FDA prohibits cannabis in food and drinks especially if they claim health benefits.

“Yes, we’re getting ready, but we obviously want to stay within what is legal and play it the right way,” CEO Dirk Van de Put said when asked about complications in the laws at present.

In October, Diamond CBD had engaged Washington-based legal counsel to assist the company in complying with FDA regulations. The complications in the law were particularly highlighted in Canopy Growth’s $3.4-billion acquisition of Acreage Holdings. The deal will only take effect after cannabis is officially legalized in the U.S.

Still, even with the current situation with regard to regulations, cannabis edibles remain to be the highly-anticipated trend in the restaurant and dining industry. According to a survey of 650 chefs, who are all members of the American Culinary Federation, cannabis-infused drinks and food is the next hottest trend in restaurants and experiential dining. Out of the 650, 77 percent said CBD-infused drinks as the No. 1 trend while 76 percent of them said CBD-infused food as the second most popular trend.

The rise of CBD beverages

As of November 2018, cannabis beverages already accounted for 5 percent of the annual US edibles market. That percentage was translated into more than $374 million in sales which according to Zenith Global, a leading global food and drink consulting firm, could grow to more than $1.4 billion by 2024.

CBD has been infused in kombucha, tea bags, and other mixed drinks and cocktails. In the case of Diamond CBD, it announced CBD coffee and tea K-Cup capsules. To date, it has already sold nearly 20,000 of its initially released products and orders from retailers continue to grow.

The biggest turnaround towards the Cannabis drinks is how the big alcohol companies are delving into the market one after another.

Last year, Canadian company HEXO Corp entered into a joint venture with Molson Coors Canada to develop non-alcoholic but cannabis-infused beverages. The JV was called Truss and is expected to be fully launched into the mainstream market after Canada officially legalized edibles in October this year.

Tilray, another major player in the Canadian market, has also entered into a partnership to develop cannabis-infused beverages with Anheuser-Busch InBev. The latter is behind world-famous brands which include Budweiser and Corona.

These major players are seeking out Canadian companies because the country has more streamlined regulations with regard to its cannabis industry.

Even with the passage of 2018 Farm Bill and with several states legalizing recreational and medical marijuana, the latter remains to be illegal at a federal level. The Farm Bill only legalized hemp and therefore only allowed CBD derived from hemp federally.

Against this backdrop, banks providing services to cannabis businesses which are only operating statewide are at risk of facing criminal and civil penalties. Fortunately, a group of lawmakers has pushed for the approval of the Secure and Fair Enforcement Banking Act or SAFE.

Last month, the bill has already gotten approval by the House Financial Services Committee. The approval could signal another yes from the House of Representatives. SAFE is designed to provide a “safe harbor” for financial institutions that are servicing cannabis businesses.

Furthermore, SAFE can make it easier for the government to track revenues for taxation. The law can also ensure that businesses will no longer be vulnerable for criminal activities as in the case now that companies are compelled to transact using physical cash. A similar law is being pushed by California lawmakers.

The future of the CBD industry

With the U.S. and Canada, two of the world’s largest economies, at the forefront of legalization, the CBD business is on track to become an established market sector in the future. As it grows to become a fully independent market segment, it is also starting to penetrate other multi-billion industries such as the coffee market, chocolate market, snacks market, even the restaurant industry.

With all these possibilities, there is no greater time to delve into the CBD market than now.