Is hemp the new path to curing cancer? 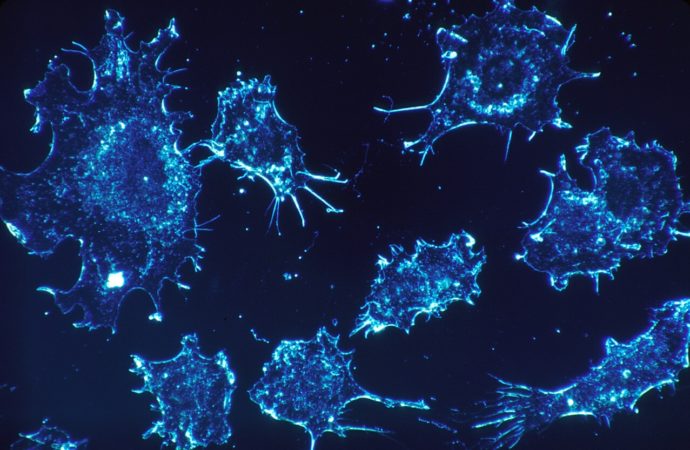 Researchers have conducted testing on a hemp strain to test its capabilities against ovarian cancer cells.

Although cannabis has long been banned as a controlled substance, it has become more accepted as research continues to pour out on its versatile medicinal capabilities. Evidence shows that cannabis offers relief for people suffering from various conditions like high anxiety, PTSD, epilepsy, and chronic pain.

Cannabis contains cannabinoids that are associated with these medical reliefs and two of its most potent are cannabidiol (CBD) and tetrahydrocannabinol (THC) which can be both derived in marijuana and hemp.

Between the two, CBD, especially CBD from hemp is preferred because it only contains 0.3 percent THC, meaning the cannabis health benefits are obtained without THC’s usual psychoactive effects.

Many people turn to medicinal cannabis to treat their ailments, and it has garnered interest from researchers due to its ability to help combat serious diseases.

CBD is rapidly garnering attention and has helped it step out of the shadows of THC. It was the compound responsible for the development of Epidiolex, the world’s first FDA approved CBD pharmaceutical to help treat seizures among those suffering from rare cases of epilepsy. The cannabinoid is also known to be effective for treating more common symptoms like anxiety, insomnia, and depression by stimulating the body’s endocannabinoid system for well-balanced health.

CBD is found in marijuana, but most cultivators and researchers utilize hemp derived CBD as it is non-psychoactive and is generally considered to be legal in all states. The latest research on CBD focuses on hemp’s ability to prevent the spread of cancer cells while also being able to serve as an effective means of therapy aside from other conventional methods such as chemotherapy, which can have considerable side effects.

Recent research on various cannabinoids was conducted with the intent to identify which of them can effectively eliminate cancer cells and protect healthy ones. Without dissecting individual cannabinoids, it would be impossible to know which one, in particular, was effective as the presence of multiple compounds can result in dramatically different results.

Sumanasekera made a breakthrough discovery when she was able to find the proper dose to kill off cancer cells, and the hemp derivative plays a similar role to doxorubicin, which is a commonly used chemotherapy drug for various types of cancer.

While this hasn’t been tested on humans, understanding how much is needed to eliminate cancer cells is a significant step that could help propel increased studies into pharmaceuticals for cancer patients.

Hemp could be another form of therapeutic treatment for cancer patients. (Source)

A particular strain grown in Kentucky called KY hemp was tested on ovarian cancer cells by researchers at the Sullivan University College of Pharmacy in order to see how it would interact with the malignant cells. The results showed that the hemp minimized the cancer cell’s ability to effectively spread to other regions in what is called metastasis.

This gave hope to researchers to make initial statements that hemp could be used to eventually cure ovarian cancer just like cannabinoids like CBD and THC have shown. Cannabinoids are also viewed as a potential alternative to medicine for those suffering the documented side effects of treatment such as chemotherapy

Rukiyah T. Van Dross-Anderson, associate professor of pharmacology and toxicology at the Brody School of Medicine at East Carolina University said: “Some of the most effective chemotherapy agents that we use in the clinic are actually originally derived from plant products and a lot of people don’t realize that. But the cancer community has embraced natural compounds for quite a while.”

The second published test that was conducted by the Sullivan University College of Pharmacy sought out to further this very idea in the quest to find an alternative source of therapy for those suffering from ovarian cancer.

When cancer begins to form, the process is fueled by inflammation which is exacerbated by interleukins. Interleukins are essentially proteins that help trigger the immune responses of the body, and the study focused on one in particular called Interleukin IL-1 beta, testing its effect on cancer development.

The administration of CBD-infused hemp successfully regulated the production of IL-1 beta, leading researchers to believe that indeed, hemp could serve as a viable means of treatment for cancer patients.

Interest in hemp research continues to see positive results such as its ability to effectively minimize cancer cell metastasis while also representing a potential alternative source of treatment for patients.

CBD derived from hemp has become a massive segment in the cannabis industry as well and continues to be an attractive source of commercialization opportunities for those in the business.

Cannabis companies have many options to enter the CBD industry, such as through White Label Liquid Inc. (OTCMKTS:WLAB), which serves as an all-encompassing solution for new ventures in the sector. WLAB provides white label solutions for various CBD products like gummies, vape liquid, and even pet products.

Their in-house manufacturing process ensures quality CBD through stringent testing and regulation procedures and WLAB can guide new companies step by step in order to accommodate their needs effectively with the right products.

Not only that, but WLAB also provides marketing and branding services to help a new CBD distributor launch a new product successfully. Their massive lineup of various products and ready-made mixtures can cater to the needs of any prospective business looking to venture into the CBD market.

Hemp continues to make powerful gains in the cannabis market with recent studies shedding more light on its ability to effectively prevent cancer cell metastasis and providing therapeutic relief for patients suffering from ovarian cancer. The studies have only scraped the tip of the iceberg, and it will be interesting to see just how capable hemp and CBD can be in further research and scientific investigations.