As Canada finally implements the legalization of recreational marijuana, the cannabis industry continues to scramble to meet the demands of what’s expected to be one of the country’s biggest industries.

According to a report from CNBC, the sales of cannabis products in Canada, the first G7 nation to legalize the substance, could reach between $4 billion to $10 billion in the first two years alone. But the demand could also pose a problem at the start of the legalization, and that consumers will regularly see empty shelves of most cannabis retailers.

In the same report, some market analysts are anticipating that supplies will be limited mostly to flowers, seeds, oils, and edibles. Despite this, the business sector is expecting that cannabis players have surely hit gold with the anticipated implementation of legalizing cannabis.

According to the Motley Fool, cannabis industries supplying legal cannabis can more than double their revenue once they extend products to recreational needs. This could signal a global trend that might be followed by other superpowers, with the U.S. posing to be the next biggest player.

As it is, the industry is expected to exponentially grow in the next five years, with major developments of acquisition, development, and growth being reported in this year alone. First, there’s Aurora Cannabis’ $2.5 billion buyouts of Canada’s MedReleaf and Constellation Brand’s $3.8 billion shares in Canopy Growth Corp. Private companies like Coca-Cola are even said to be getting into the middle of the cannabis frenzy.

With all these activities happening, some analysts fear that the industry could be in an economic bubble, and the bubble is about to burst soon.

According to a Motley Fool article, the first sign pointing that marijuana stocks could be in a bubble is the fact that investors are said to usually overestimate “the next big thing.” Citing samples like 3D Printing and even blockchain technology, analysts are saying that all big ideas seem to burst eventually.

Granted, this doesn’t mean that investors won’t experience any major payout. They will eventually be rewarded for trusting a product, much like what happened to investors of companies like Netflix and Amazon.

The point, however, is that maturity of a business could take some time, so investors shouldn’t expect to break out the champagne overnight. There could be some challenges in the cannabis industry, so it would work best for investors to be vigilant and spot possible hiccups.

Another sign is what the stock market refers to as the Fear of Missing Out (FOMO), which generally means that investors often acquire stocks or shares only when major acquisitions have been done. In the case of Constellation Brands’ investment in Canopy Growth, other groups also posted growth like Tilray and Aphria.

The reason is more like a follow the leader effect—a big investment would often signal that other companies want a piece of the action so they would end up making similar investments as well.

Although there’s nothing wrong with this business decision, sometimes hasty decisions to committing to these investments could backfire. It’s pretty much the reason why investors of cryptocurrencies actually lost money in 2018.

Now here’s something to ponder on: Some big cannabis companies actually admit that there is, indeed, an existing marijuana bubble, but it’s not something to be hesitant about when it comes to investing.

“We are in a bubble, but we were in an internet bubble in 1998 and it continued on for about three years and if you did not make an investment in ’98, you missed a lion’s share of what could be earned in terms of what you return in investment,” said Anthony Durkacz, Director of FSD Pharma (CNSX: HUGE, OTCMKTS: FSDDF), during an interview with CNBC.

FSD Pharma is one of the most trusted companies today that could bring further credibility to the cannabis industry as a viable investment opportunity. It is a publicly traded company on the Canadian Securities Exchange that holds an ACMPR license to cultivate cannabis under the Access to Cannabis for Medical Purposes Regulations (ACMPR).

FSD Pharma targets all aspects that could help raise the supply of cannabis in Canada. This includes transforming a large facility in Cobourg, Ontario Canada, into the largest hydroponic indoor cannabis production and processing facility in the world, where cultivation, processing, manufacturing, extracting, and research and development of current and future products are done and perfected.

By doing this, there could also be a significant premium between the price of medical and recreational marijuana, as well as the differences of greenhouse strains.

The company also owns 25 percent of Canarra Biotech, which aims to be the largest indoor cultivation facility in Quebec. It purchased a modern 625,000-square-foot facility on 27 acres of land, located less than one hour drive from Montreal.

FSD Pharma and Cannara have also agreed to lease over 105,000 square feet of Cannara’s facility for the purpose of cultivating and/or selling cannabis and cannabis-derived products. Recently, FSD was added to the Horizons Marijuana Life Sciences Index ETF (HMMJ:TSX), which was part of the quarterly activities of the constituent holdings of HMMJ.

FSD Pharma also made history on its first day of trading on the Canadian Securities Exchange (CSE) by breaking the all-time record for volume traded.

“Hopefully we can show America and the rest of the world that legalization (of cannabis) is the right thing to do. It is very important I think to put the money back into people’s hands. The government will generate a lot of revenue, a lot of taxes, it will add a tremendous amount of jobs especially to small-town America, and I think it is really important that the world gets to see this and hopefully follows Canada’s lead,” said Durkacz.

May 7, 2019 Leah Marie Angelou Blog Comments Off on Can cannabidiol replace medical marijuana?

Due to its various medical uses, CBD has managed to create an industry of is own. But can it replace medical marijuana? […]

Bulls have entered the fray and raise stock prices due to strong earnings reports of the legal cannabis sector. […]

Canada’s legalization of recreational weed for adult use is a groundbreaking law that basically sets the groundwork on how the cannabis industry could dominate the market in the next couple of years. As the first […] 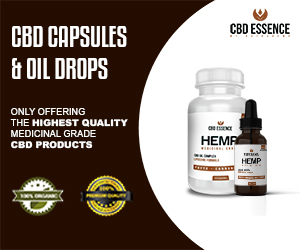 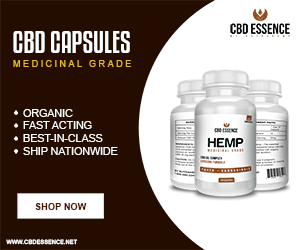