Imaging study reveals effects of CBD on the brain 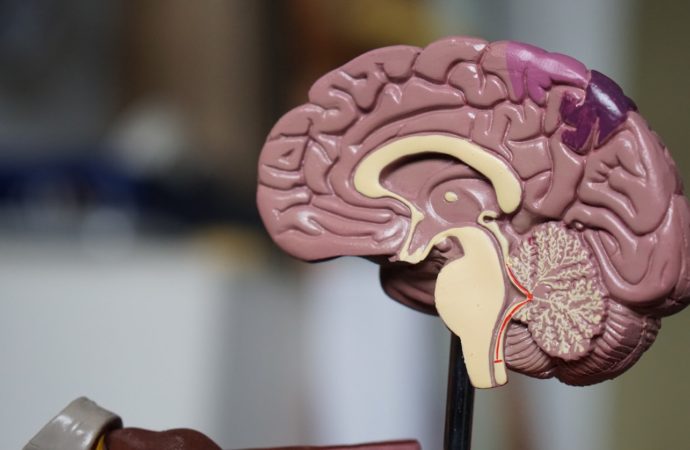 An imaging study on the effects of THC and CBD on the brain was just published in the Journal of Psychopharmacology. THC is mostly presented as a benign or positive substance. However, it can have psychotic and other negative effects on people who consume excessive amounts or whose brain chemistry reacts poorly. CBD appears to buffer the user against some of the acute effects of THC on the brain.

The study of cannabis and its effects on humans as well as animals is a growing area of scientific research. Of particular note is the study on the effects of tetrahydrocannabinol (THC) and cannabidiol (CBD) on the human brain.

While some of this research is conducted on mice, scientists have discovered that both cannabinoids can have a positive effect on the human brain. In particular, CBD is quite promising in its ability to moderate and support the use of THC. It can also deliver attached substances across the blood-brain barrier.

Some writers still claim that there is little to no research on the health effects of cannabis. But there is a growing body of scientific literature that is now available. These studies include studies on the effects of the widely discussed chemicals contained in cannabis called cannabinoids, with many focusing on THC and CBD.

For example, a literature review conducted in 2018 showed that there was relevant research completed or in process related to neurological effects of cannabinoids when treating a wide range of diseases and psychiatric problems. That ranges from Alzheimer’s disease to posttraumatic stress disorders. Recently, a number of studies regarding CBD and the brain have been added to this body of scientific literature.

Visualizing the brain on cannabis

Brain imaging is a now well-established approach to understanding how various inputs, from chemicals to traumatic incidents, affect the brain. A groundbreaking imaging study on the effects of THC and CBD on one’s brain was just published in the Journal of Psychopharmacology. Though this study was not focused solely on CBD, it produced fresh insights into the effects of CBD.

THC is mostly presented as a benign or positive substance in popular media and in the cannabis business community. However, it can have psychotic and other negative effects on those who consume excessive amounts or whose brain chemistry reacts poorly. The researchers compared the effects of consuming THC with no CBD and THC with equal amounts of CBD by imaging the brains of study participants.

Researcher Dr. Matt Wall stated, “CBD appears to buffer the user against some of the acute effects of THC on the brain.”

This result may help explain why some cannabis users have negative effects from consuming cannabis. In addition, it may point to new approaches to treatment by doctors prescribing medical marijuana.

This recent imaging study has been incorrectly described as the first use of imaging in studying CBD and the brain. In fact, it builds on previous research regarding the “therapeutic effects of CBD in psychosis.”

A study was conducted with participants who had a high potential for psychosis. The focus of the study was on activation of specific areas of the brain. They used functional magnetic resonance imaging as the participants attempted a verbal learning assignment.

The study was designed to deepen the understanding of how and why some individuals troubled by psychosis show positive effects after using CBD. It revealed that areas of the brain exhibiting dysfunctional symptoms may be normalized by the use of CBD. Like many studies, it is a piece of a larger puzzle that shows CBD not only affects the brain but can do so in a positive manner.

CBD in a supportive role

Another recent study took a very different approach to the topic of CBD and the brain. Instead of analyzing CBD’s direct effect on the brain, researchers explored CBD’s potential in delivering other medications to the brain by crossing the blood-brain barrier (BBB). Though conducted on mice’s brains, the results are quite promising.

The researchers described the use of CBD as a “Trojan horse” that can cross the BBB. The BBB is designed to block a variety of molecules introduced into the bloodstream without being allowed into the brain itself. However, CBD is among the cannabinoids that can cross the BBB. It can do so if it’s attached to the outer surfaces of nanocapsules containing other substances.

Researchers also compared the passage of the nanocapsules with and without CBD covering them. They found that a larger amount of substances could enter the brain with the aid of the cannabinoid. Through the nanocapsules, they were also delivering a fluorescent substance in order to visualize the effects in the mice’s brains.

Numerous future research will still be needed to understand the potential for drug delivery across the blood-brain barrier of humans.

Much more to come

With the effects of CBD on human and mouse brains now an established area of medical research, it is quite likely that the field will grow much larger in the near future.

CBD is increasing in popularity; it is likely to be available much more widely in the future than it is today. This kind of research will be needed to understand the impact of the avalanche of CBD products to a consumer’s brain health.