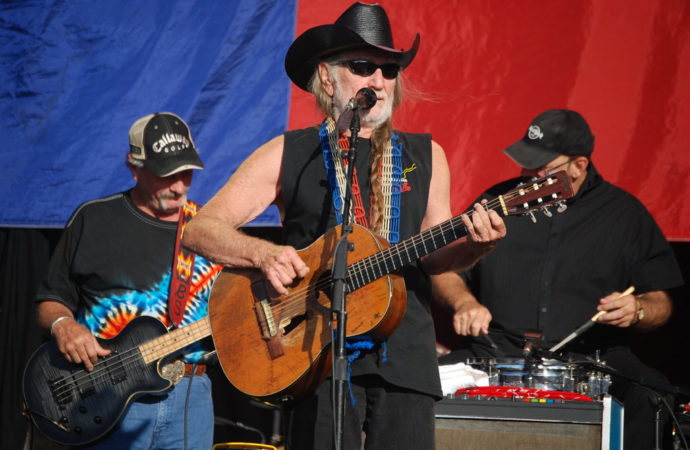 In February, Martha Stewart drew a great deal of attention when she announced she would develop a CBD pet care line in collaboration with Canopy Growth. However, it has not materialized. Willie Nelson is actually the first major celebrity to go beyond announcements. His Willie’s Rescue pet care line debuted at the SuperZoo pet industry trade show last August.

While sports figures have been leading the way in sponsoring and even creating CBD products for athletes, other celebrity CBD plans have fallen flat this year. Martha Stewart made waves with her announcement that she would be developing a CBD pet care line in collaboration with Canopy Growth but, so far, no products. Celebrity choreographer Laurieann Gibson was announced in May as an ambassador for True Leaf pet products but that has not gone any further. The only major celebrity to have followed through with anything more than an announcement is Willie Nelson whose Willie’s Rescue pet care line debuted at the SuperZoo pet industry trade show in August.

No word from Martha Stewart

In February, Martha Stewart announced a partnership with Canopy Growth, a leading North American cannabis company. The initial plans were to develop a CBD pet care line that would then be followed by a line for humans. Stewart’s status as a top tier celebrity and her well-known love of animals made her an ideal partner for Canopy Growth.

However, plans seem to have stalled after a few months of articles that basically reiterated the initial announcement. While it may be that the company is allowing time for clinical trials, the lack of updates that would easily draw fresh headlines give one the impression that things have gone awry. On the other hand, it may be possible that a huge announcement just in time for Christmas will dominate CBD pet care news.

The announcement of Martha Stewart’s involvement was part of a major wave of publicity following the passage of the U.S. Farm Bill legalizing hemp. Like all the products discussed in this article, CBD-derived hemp with no THC is the focus of pet care product development in the U.S. and the market is expected to be quite large. As recently reported, as of this summer, U.S. CBD pet care product sales have reached $25 million. Canadian provinces are still working out the details of CBD legalization but hemp is already legal and it is quite likely that the market for hemp-derived CBD pet care products will be huge there as well.

Industry projections put the CBD market for both humans and pets in the billions. For example, a Brightfield study estimates 2022 sales of CBD pet products in the U.S. at $1.16 billion. Though Canada is a smaller market, sales there will also be significant. With most major cannabis companies based in North America, developments here will strongly affect world markets for hemp-derived CBD pet care products.

Choreographer Lauriann Gibson, who has worked with major stars such as Lady Gaga and Beyonce and herself appears on entertainment-related tv shows, was announced in May as a True Leaf pet brand ambassador. True Leaf’s hemp-derived products for humans have been a big success and the same should be true for their True Leaf Pet line. Yet, there have been no follow-up announcements or headlines featuring Gibson since that time.

While it is possible that work is going on behind the scenes and news is being held for the Christmas season, as with Martha Stewart, one wonders if those plans have changed. Given the already large market for hemp-derived CBD pet products, it seems unlikely that either Canopy Growth or True Leaf would not want to enter that market. That said, Willie Nelson’s independent hemp-based products for pets are set to lead the way.

Though Willie’s Rescue products will not be in stores until early 2020, the introduction at an industry trade show is a key step in getting those products into stores in the first place. The fact that such announcements have not been forthcoming for products connected to Martha Stewart or Laurieann Gibson makes the possibility of surprise Christmas season announcements more of a long shot. The reality is that creating a product is merely the first step in getting it into the hands of consumers and it is now clear that Willie’s Rescue is at the head of the line.

The race has just begun

Though Willie Nelson now leads the pack in the race to bring hemp-derived CBD pet care products to market, there are many developments ahead. When Willie’s Rescue products finally reach the market, they will generate a fresh round of publicity that will help the CBD pet care industry as a whole. If products associated with Martha Stewart or Lauriann Gibson do finally appear on store shelves, they will also get plenty of publicity. Ultimately many companies will do well and many more celebrities will be making their mark on CBD products for pets.

(Featured image by Mike Mozart via Flickr. CC BY 2.0)